We honor the service of our Desert Shield Veterans from the Regular Army, Army National Guard and Army Reserve, who demonstrated America's resolve to defend freedom and deter aggression throughout the world on short notice. The valuable lesson of a quick and decisive response by U.S. forces to defend Saudi Arabia 30 years ago is relevant today with the Army's Ready to Fight Tonight policy.

"This will not stand, this aggression against Kuwait." - President George H.W. Bush responding to the Iraqi invasion of Kuwait, 5 August 1990

On 7 August, the president backed up his words with a military response named Operation Desert Shield, and organized a coalition of 35 nations to defend Saudi Arabia and ultimately liberate Kuwait. The XVIII Airborne Corps, with its elite 82d Airborne Division, began to move to Saudi Arabia the next day, beginning a buildup of combat power in the region reaching at its peak about 600,000 U.S. personnel.

In rapid succession, the 24th Infantry Division (Mechanized), the 197th Infantry Brigade, and the 101st Airborne Division (Air Assault) moved to the Gulf. The U.S. Army Reserve began its largest mobilization since the Korean War. By early November, with the addition of the 1st Cavalry Division (Armored), the 2d Armored Division's 1st (or Tiger) Brigade, and the 3d ACR (armored cavalry regiment), a lethal force of over 100,000 soldiers was assembled for the defense of Saudi Arabia.

On 8 November 1990, President Bush announced that the U.S. VII Corps would move to the Gulf from its bases in Europe and the United States. This heavy corps, consisting of the 1st Infantry Division (Mechanized), the 1st and 3d Armored Divisions, and the 2d ACR, would give the U.S. Central Command (CENTCOM) commander, General H. Norman Schwarzkopf, Jr., the armored fist he needed to take the offensive.

During Operation DESERT SHIELD / Operation DESERT STORM, General Colin Powell was the Chairman of the Joint Chiefs of Staff (JCS), a position he held from 1989 until his retirement in 1993. Powell earned his commission as an infantry officer through the Army Reserve Officers Training Corps (ROTC) on graduation from the City College of New York in 1958. In his thirty-five-year career he served in numerous command and staff positions in infantry units, including two tours of duty in Vietnam, as well as senior military adviser to Secretary of Defense Caspar Weinberger, National Security Adviser to President Ronald Reagan, and commanding general of the V Corps in Germany and U.S. Army Forces Command (FORSCOM) before being appointed Chairman of the JCS by President George H.W. Bush.

During Operations DESERT SHIELD / DESERT STORM, General Schwarzkopf commanded the U.S. Central Command (USCENTCOM) and the combined coalition forces. Commissioned as an infantry officer on graduation from the U.S. Military Academy at West Point in 1956, his career spanned thirty-five years and included a variety of infantry command and staff assignments with two tours of duty in Vietnam, teaching engineering at West Point, and holding several high-level staff positions. Schwarzkopf also commanded the 24th Infantry Division (Mechanized), and was named deputy commander of Joint Task Force 120 during Operation URGENT FURY, the 1983 invasion of Grenada, before he took command of the I Corps at Fort Lewis, Washington. He assumed command of USCENTCOM in 1988, a position he held until 1991 when he returned to the U.S. at the end of the Persian Gulf War and retired. 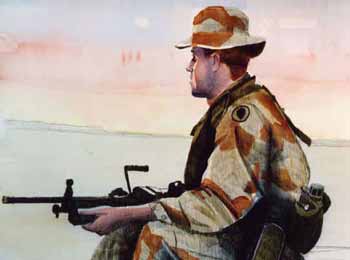 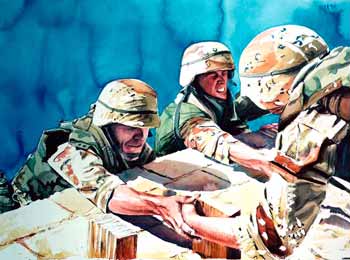 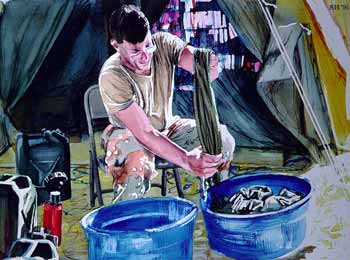 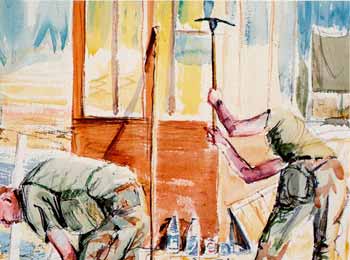 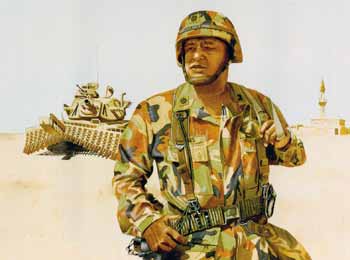 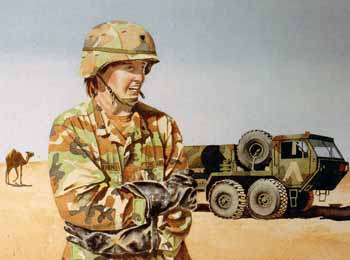 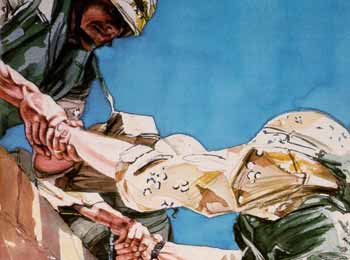 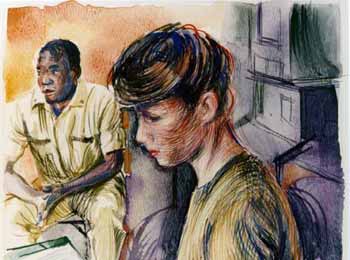 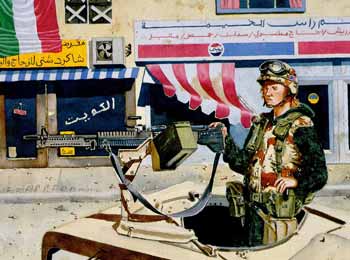 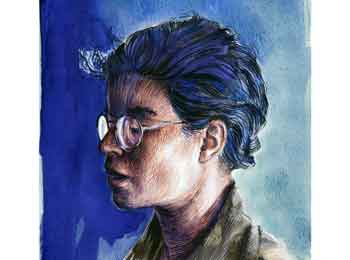 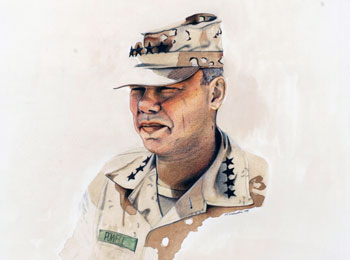 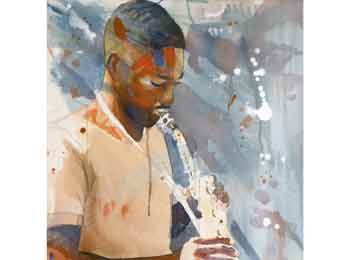 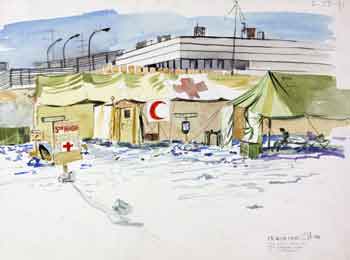 Artifacts from the Museum of Transportation at Fort Eustis

Artifacts from the U.S. Army Airborne and Special Operations Museum