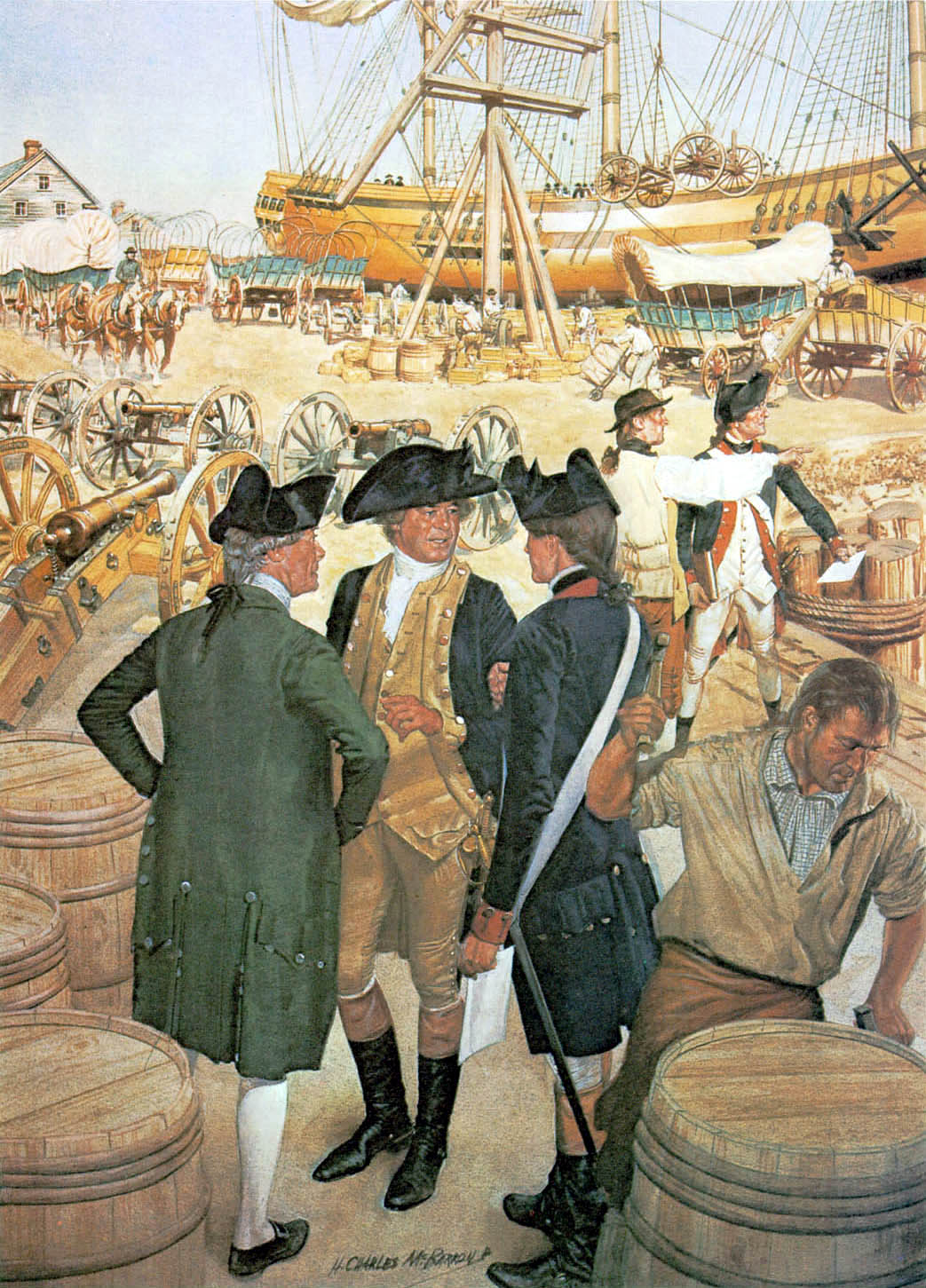 The return of Colonel Henry Knox, Chief of Artillery, to Boston with cannon from Fort Ticonderoga and their subsequent placement on Dorchester Heights made the British position in the city untenable. British General Sir William Howe held a council of war and decided to evacuate Boston. General George Washington agreed not to interfere, and the British sailed on 17 March 1776.

Washington surmised the British would next move to occupy the city of New York "For should they get that Town ... they can stop the Intercourse between the northern and southern colonies upon which depends the Safety of America." As a consequence Washington ordered the new Quartermaster General, Thomas Mifflin, to move the American army overland from Boston to Connecticut and arrange to transport troops and "stores, Artillery, Camp Equipage &c" to New York. Mifflin made the necessary arrangements with a number of Connecticut merchants. Since the number of vessels was limited, he told Joshua Huntington, a Norwich merchant, he wanted those ships "which carry the first Detachment ... back to New London as soon as possible & to be got ready for the second Embarkation." For the fledgling Army and the new Quartermaster Corps, the overland move, the embarkation, and the movement by sea were all unqualified successes.

On the docks of New London the second embarkation is underway. John Parke, Assistant Quartermaster General, center, and Ezekiel Cheever, Commissary of Artilery, give instructions to a captatin of artillery whose

company has just arrived from Boston. In the background a civilian contractor points to another pier where the captain will find the ship to transport his men and cannon. The two officers can be identified as members of the Corps of Artillery by the red facings and yellow buttons of their uniforms. Parke wears the uniform of the General Staff, a blue coat with buff facings. On the other hand Cheever, as Commissary, wears civilian dress.