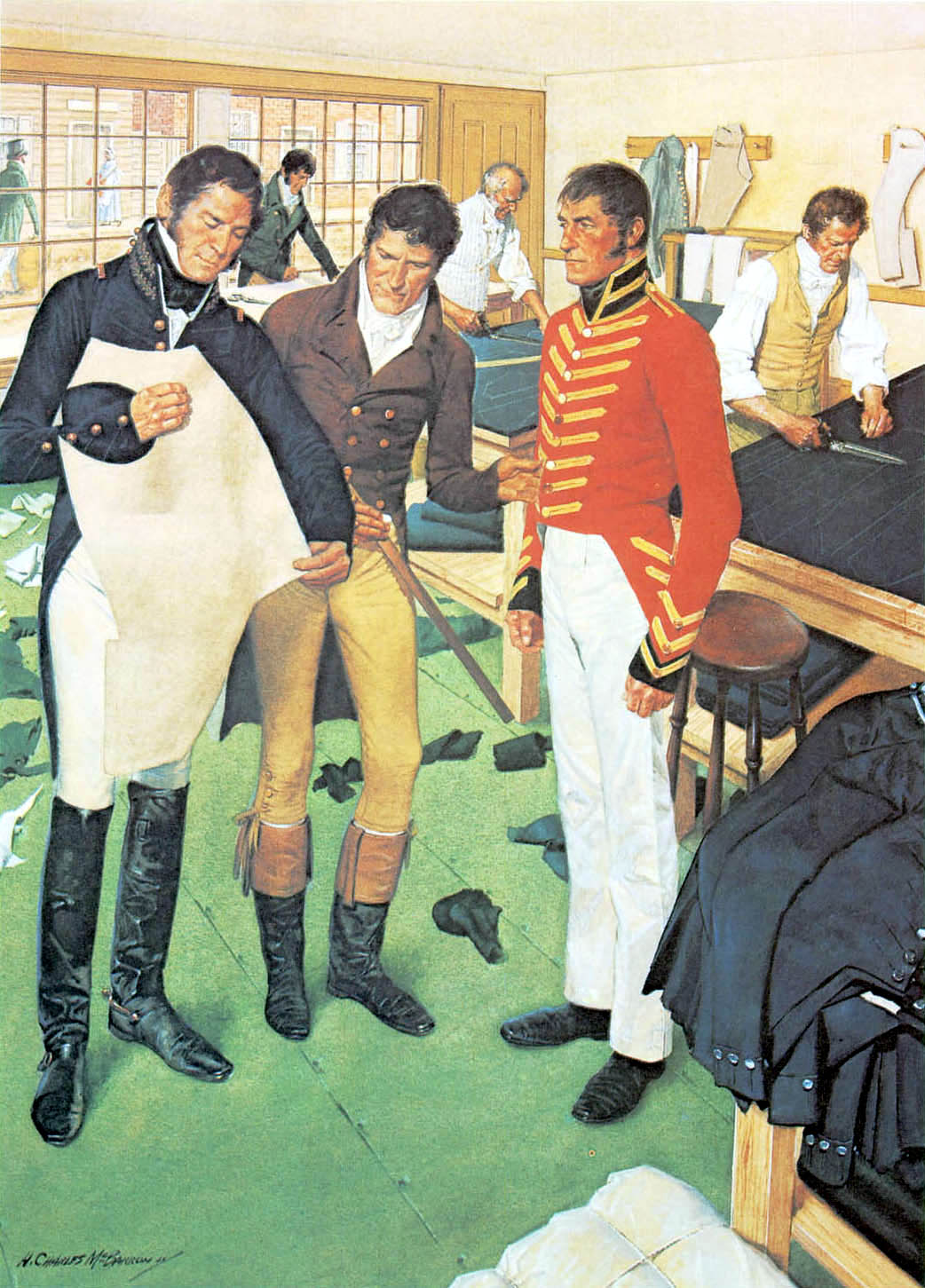 One constant problem in the early years of the Army's existence was the clothing of soldiers. Dependence on imports meant a continual shortage of textiles. Congress occasionally failed to provide clothing funds, and uniforms were not stockpiled but ordered on a yearly basis. The system of procurement and the men empowered to administer it also changed sporadically.

In the years following the War for Independence the problems remained the same but less serious because of the small size of the Regular Army. Although some attempts were made in 1803 to encourage domestic manufacturing of textiles, it took President Thomas Jefferson's Embargo of 1808 to force civilian contractors to turn to domestic woolens and linens. Initially the quality left much to be desired, causing the Superintendent of Military Stores, Callender Irvine, to reject one quarter to one third of the uniforms contracted for.

The outbreak of the War of 1812 and the appointment of Callender Irvine as Commissary General of Purchases led to the introduction of procurement procedures which lasted for many years. Just prior to his appointment and as part of his ultimate goal to have uniforms made "under my own eye," Irvine persuaded the Deputy Commissary General to have cloth purchased by the Army cut at the Philadelphia Arsenal before allocating it to master tailors. He hoped this would eliminate the theft of cloth, insure greater uniformity, and lead to more efficient sizing of uniforms. When Irvine assumed his new post he went further and rented a building in Philadelphia exclusively for cutting and inspecting clothing. Finished articles were sent to the arsenal for distribution.

The sale of waste fabric paid the rent on the building. He next moved to eliminate the master tailors who functioned as contractors. These men, he believed, exploited those working for them and brided inspectors to accept inferior garments. Irvine used three men to cut material. The pieces with the necessary accessories such as buttons and braid were then given directly to seamstresses. In this process he employed three to four thousand people capable of turning out two to three thousand uniforms per week.

In the Philadelphia building specifically rented for the purpose, three cutters work in the background. Callender Irvine discusses the pattern for the front and sides of the Engineer enlisted men's coat with Francis Brown the head of the cutting establishment. Irvine is wearing the blue general staff, single breasted coat with the embroidered buttonholes allowed general officers on the collar only, and gilt bullet buttons. The man on the right models a coat of the Corps of Engineers enlisted musicians.