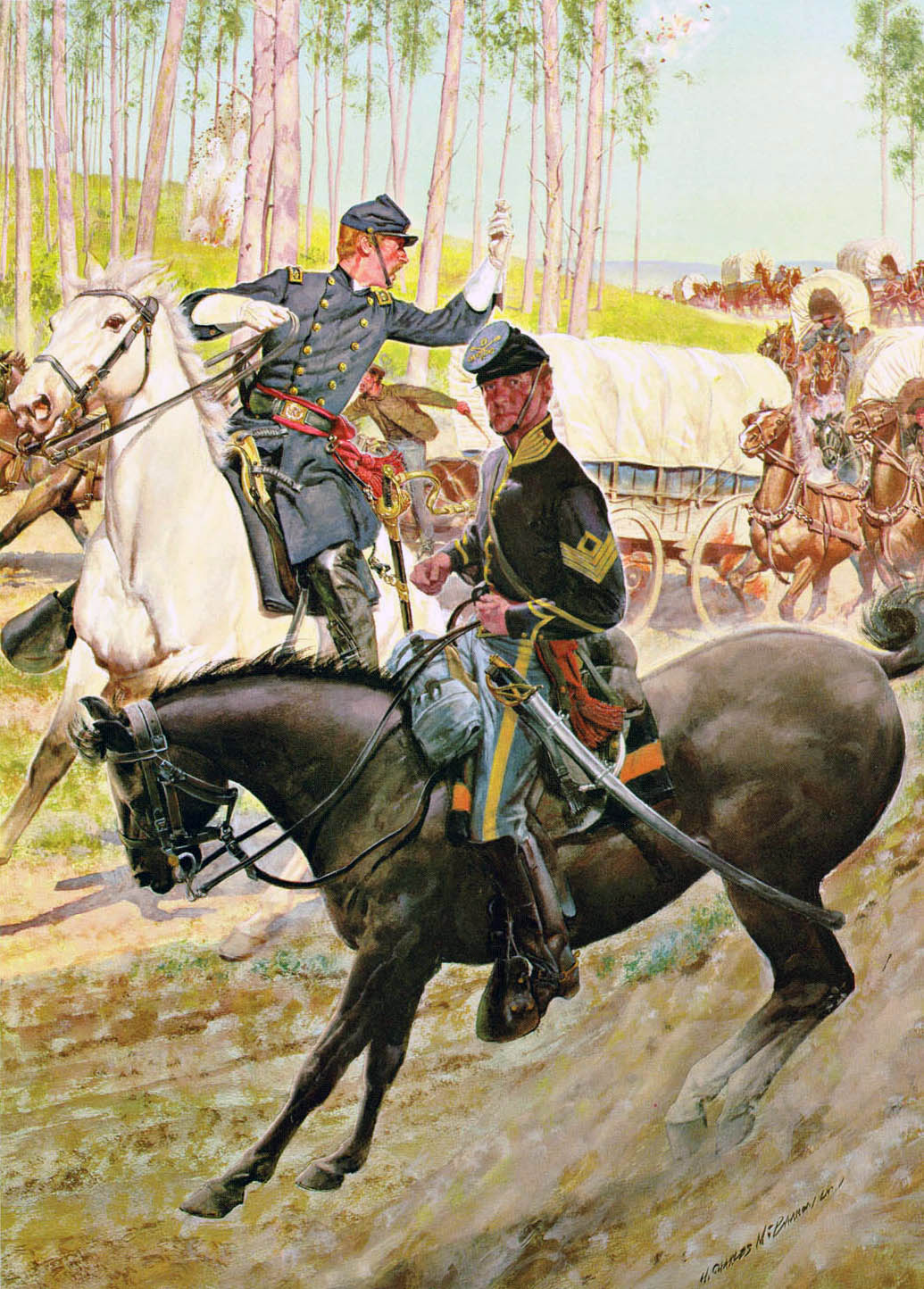 The American Soldier, 1863
These Union uniforms, worn here by soldiers in the western theater of operations at the midpoint of the Civil War, illustrate the continuing trend toward simplicity of style and subdued, if not drab colors, which first came into widespread use in the Army during the War of 1812. These veterans are garbed in the regulation blue, which offered protective coloring and concealment, and less likelihood of the wearer's becoming an obvious target of the long-range small arms and more efficient artillery of the Confederate Army.

In the left foreground is a first lieutenant of the Corps of Engineers in the dark blue frock coat and trousers, with a gold cord down the side adopted in 1861. He is identifiable by his shoulder straps, officer's red sash and sword, and the forage cap badge of an engineer officer—a silver turreted castle within a gold wreath. His rank is indicated by the single gold bar on his shoulder strap; a second lieutenant at this time wore an officer's uniform with gold bordered, but unadorned, shoulder straps.

The first sergeant of infantry in the right foreground is identified as such by his dark blue sack coat and his light blue chevrons, noncommissioned officer's sword and red sash. He is wearing the light blue trousers adopted after the outbreak of hostilities for regimental officers and men. The red acorn corps badge on the sergeant's fatigue cap shows that he is a member of the 1st Division, Fourteenth U.S. Army Corps.

In the background, soldiers of the sergeant's regiment and of an artillery unit are crossing a ponton—or pontoon in 19th century usage—bridge, which was probably erected under the lieutenant's direction.

This Click on the image to view full resolution image of representing two of the three traditional combat arms and the engineers of the traditional direct combat support arm, also illustrates the beginnings in the concept of a co-ordinated combat team.