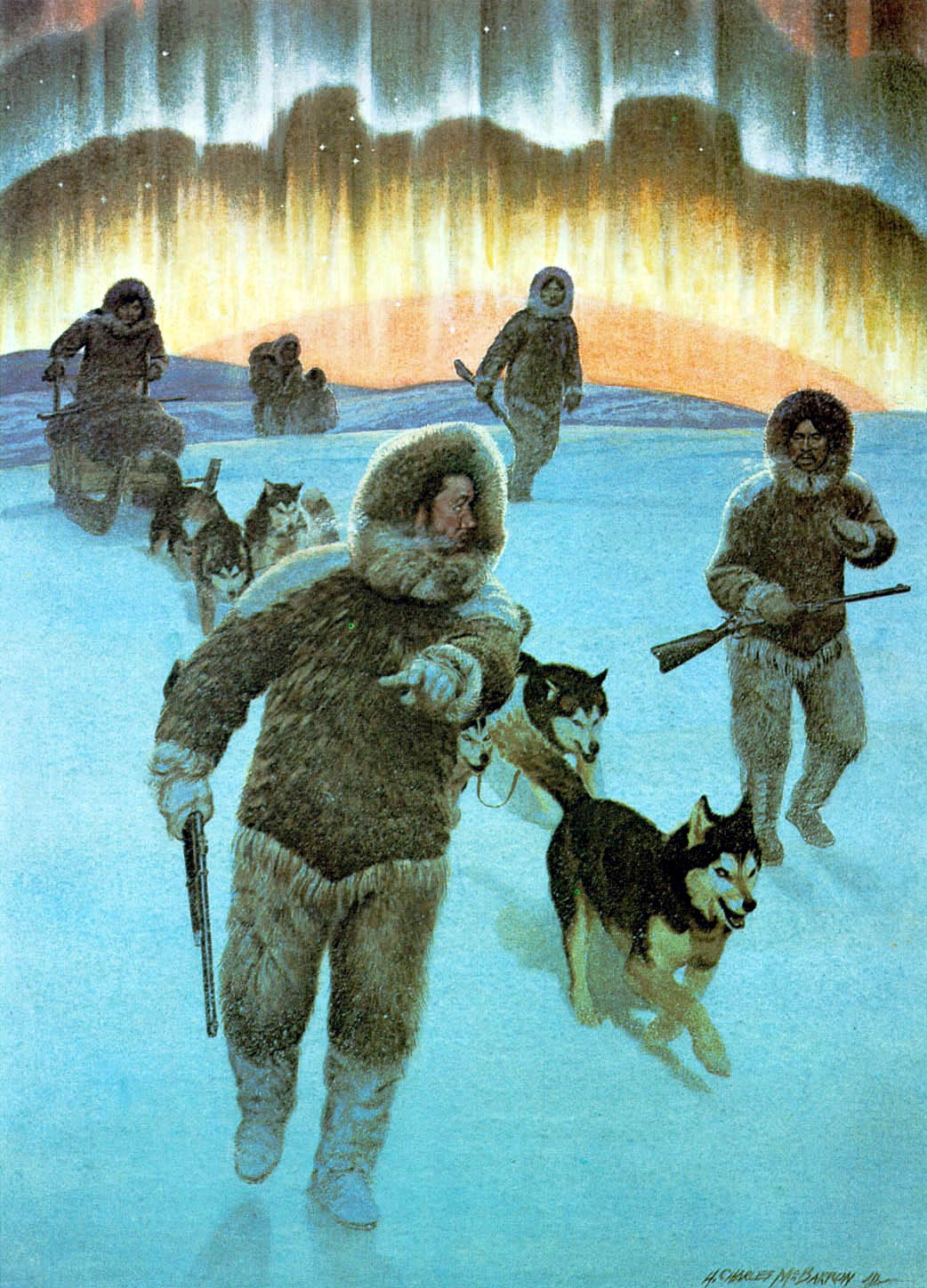 The 1879 meeting of the International Polar Conference proposed a number of observation stations around the northern polar area to gather scientific information, especially "to elucidate the phenomena of the weather and the magnetic needle." Newly appointed Chief Signal Officer Brig. Gen. William Babcock Hazen decided to use Signal Corps funds for an expedition to Point Barrow, Alaska. A station there would fill the gap between a Russian outpost at the mouth of the Lena River and a Danish station on the west coast of Greenland. The expedition, plus another to an island off Greenland, formed the United States contribution to the International Polar Year of 1881. The orders establishing the stations included requirements for record keeping; instructions for magnetic, meteorological, and tidal observations; and proposed subjects for photographs, sketches, and topographical maps.

First Lieutenant Patrick Henry Ray of the 8th Infantry received command of the Point Barrow expedition which began its work on 16 September 1881 and for the following two years contributed to the scientific knowledge of the frozen north. In addition to fulfilling the general instructions, the expedition made an attempt to correlate the Aurora Borealis with electrical currents on the surface of the earth. The men gathered many specimens of both flora and fauna, some never before observed. Ethnological research produced a wealth of information on the Point Barrow Eskimos. Although without special training Ray became especially interested in the Eskimos and completed an "ethnographic sketch" of merit. He made two trips exclusively in the company of Eskimos. The first was ostensibly to obtain fresh meat; however, Ray really wanted to see if her could "travel with safety alone with these natives."

As the Aurora Borealis lights the sky, Lieutenant Ray and several Eskimos and their families travel inland. Their cold weather gear is fashioned from animal skins and is typical of the native clothing of the period. The dog sled is two meters long and one meter wide at the rear, tapering to about seventy centimeters at the nose. Over the wooden frame, deerskin is laced with leather thongs. Covering the equipment is a dog-skin rug. The men carry 1873 rifles, .45 caliber.