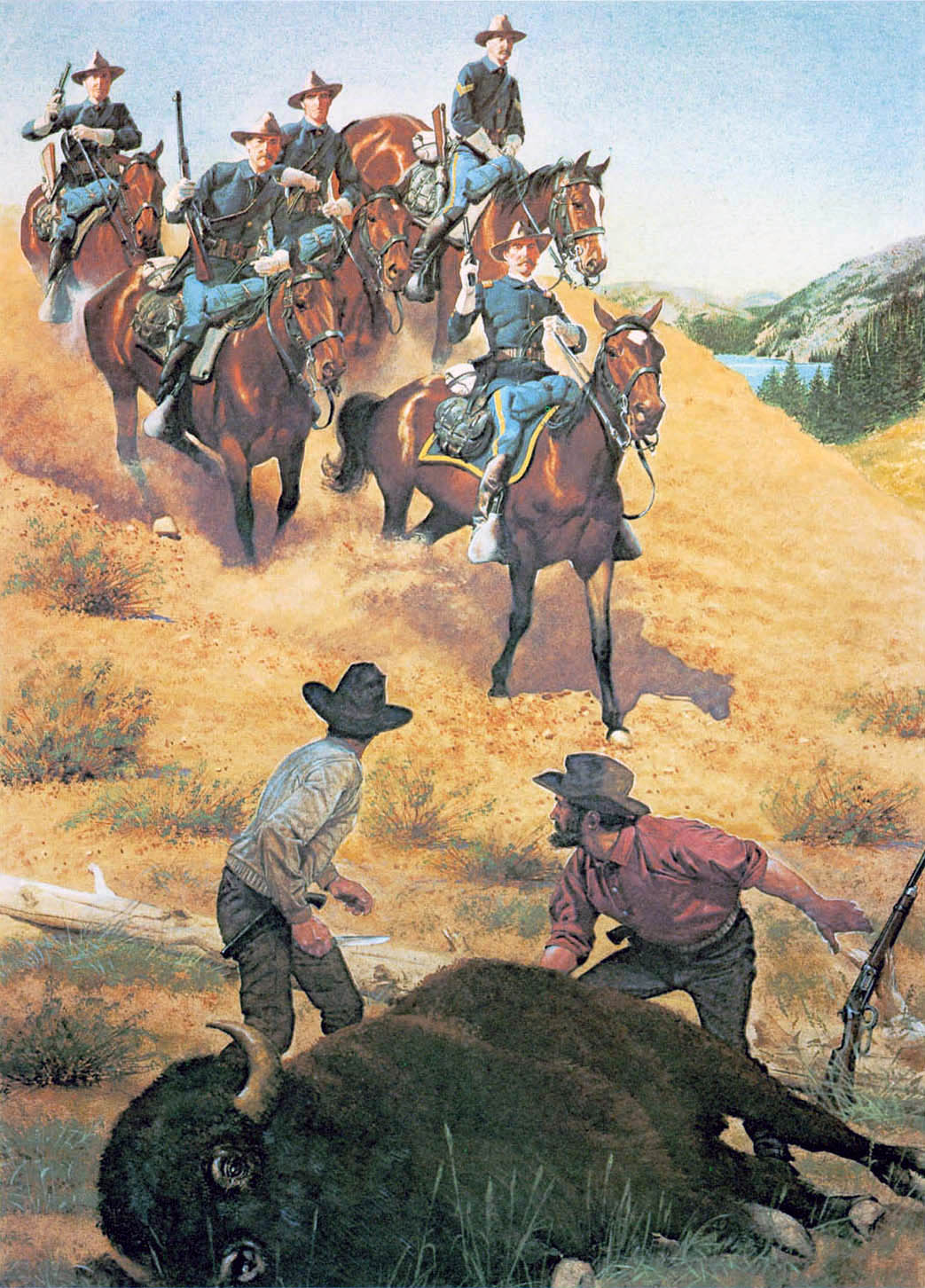 An 1872 act of Congress created the first national park, Yellowstone. This legislation sought to preserve the beauty of the area "for the benefit and enjoyment of the people" and made the Secretary of the Interior responsible. During the ensuing years the fortunes of the park took many turns, mostly for the worse. A few superintendents attempted to stop the growing vandalism and the destruction of game. Others hired assistants to gain political favors. These "irresponsible imbeciles," so-called by the Governor of Montana, contributed to the vandalism by breaking off pieces of the geyser formations to sell to tourists. Another superintendent treated the park as his private game preserve and added to the senseless killing of wildlife. A visitor to Yellowstone claimed that in one winter alone 1,500 to 2,000 elk were slaughtered for their skins. Lieutenant General Philip H. Sheridan expressed dismay at the killing and offered to send troops to halt the poaching.

In 1883 Senator George C. Vest added an amendment to a bill which authorized the Secretary of the Interior to request "necessary details of troops" to maintain order in the National Park. When in 1886, after a stormy Congressional debate, funds for the administration of Yellowstone were cut, the Secretary of War received a request for troops.

On 20 August 1886 Captain Moses Harris, Commanding Officer, Troop M, 1st Cavalry, relieved the civilian superintendent. Although military control was to be of short duration, troops remained for 32 years. Slowly order was established. During the tourist season an infantry company guarded the geysers. Because of the vastness of the park, poaching continued to be a problem. Harris formed ski patrols and eventually two troops of cavalry remained at Yellowstone the year round. With limited authority, the Army could only evict captured poachers and confiscate their equipment. Eventually, the latter practice was halted; instead troopers marched intruders out of the park and then placed their equipment on the other side of the Yellowstone.

Such a fate awaits these two poachers so engrossed in skinning a buffalo they fail to notice one of Captain Harris' patrols. The enlisted men wear the standard dark blue blouse of navy flannel for fatigue and field service. The lieutenant is wearing the issue five button officer's sack coat with shoulder straps. The yellow chevrons and yellow trousers stripe on the sergeant indicate cavalry. Other than the lack of a carbine and the addition of a dress saddle blanket, the officer carries the same field gear as the men. The enlisted men carry the 1873 carbine, .45 caliber, and the 1872 revolver, .45 caliber.