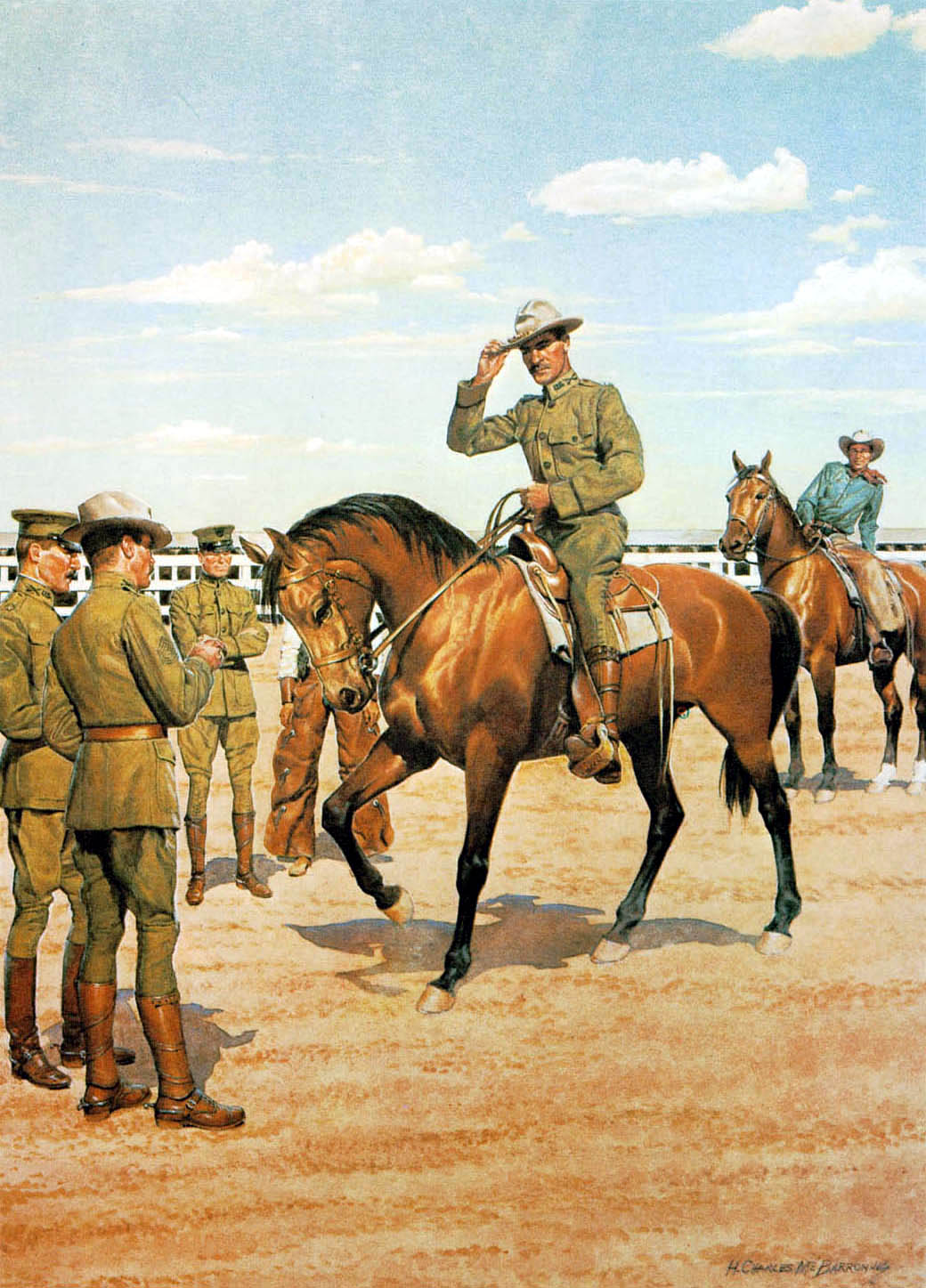 Considering the Army's dependence on horses and mules for transportation in the nineteenth century, it is surprising how little attention was paid to insure an adequate supply of remounts. The outbreak of the Civil War and the accompanying demand for many animals showed a need for centralized procurement. By the end of the conflict, the Quartermaster General's Office was obtaining draft horses and mules while the Cavalry Bureau secured riding horses. To insure that remounts remained in good condition, the transfer of men and even entire units from the cavalry to the infantry was allowed if inspectors found evidence of animal abuse or neglect.

After the struggle ended, the earlier indifference toward remounts again prevailed until Maj. Gen. James B. Aleshire, Quartermaster General, recommended a separate office solely responsible for procurement and issue of horses and mules. He also urged the establishment of regional remount depots. Congress responded and passed an act in 1908 authorizing a system of remount depots. General Order 59, April 1908, created the first depot at abandoned Fort Reno, Oklahoma. Established in 1875, the post once protected the Cheyenne and Arapaho Agencies and cattle herds on the Old Chisholm Trail.

Captain Letcher H. Hardeman of the 10th Cavalry took command of the depot, and 1st Lt. William P. Ennis, 1st Field Artillery, joined him as second in command. Civilian cowboys, farm hands, and former soldiers purchased, trained, and issued the animals. Hardeman received specific instructions to see "that the horses were well fed and cared for, gently and kindly handled at all times, and properly exercised and broken."

Captain Hardeman, astride a horse in his care, puts the animal through its paces for visiting officers and a noncommissioned officer from one of the Army's cavalry regiments. They are only a few of the many horsemen who inspected the new remount depot which one visitor described as "a source of wonder and glad surprise to everybody in our army." The officers wear the khaki service uniform with bronze insignia. They have service caps while Hardeman and the sergeant wear the 1882 campaign hat. The inspecting officer on the far left is shod in boots purchased privately (issue boots were wider at the calf), and the sergeant and the other officers wear the recently approved russet-leather leggings. Two civilian cowboy trainers are in the background.