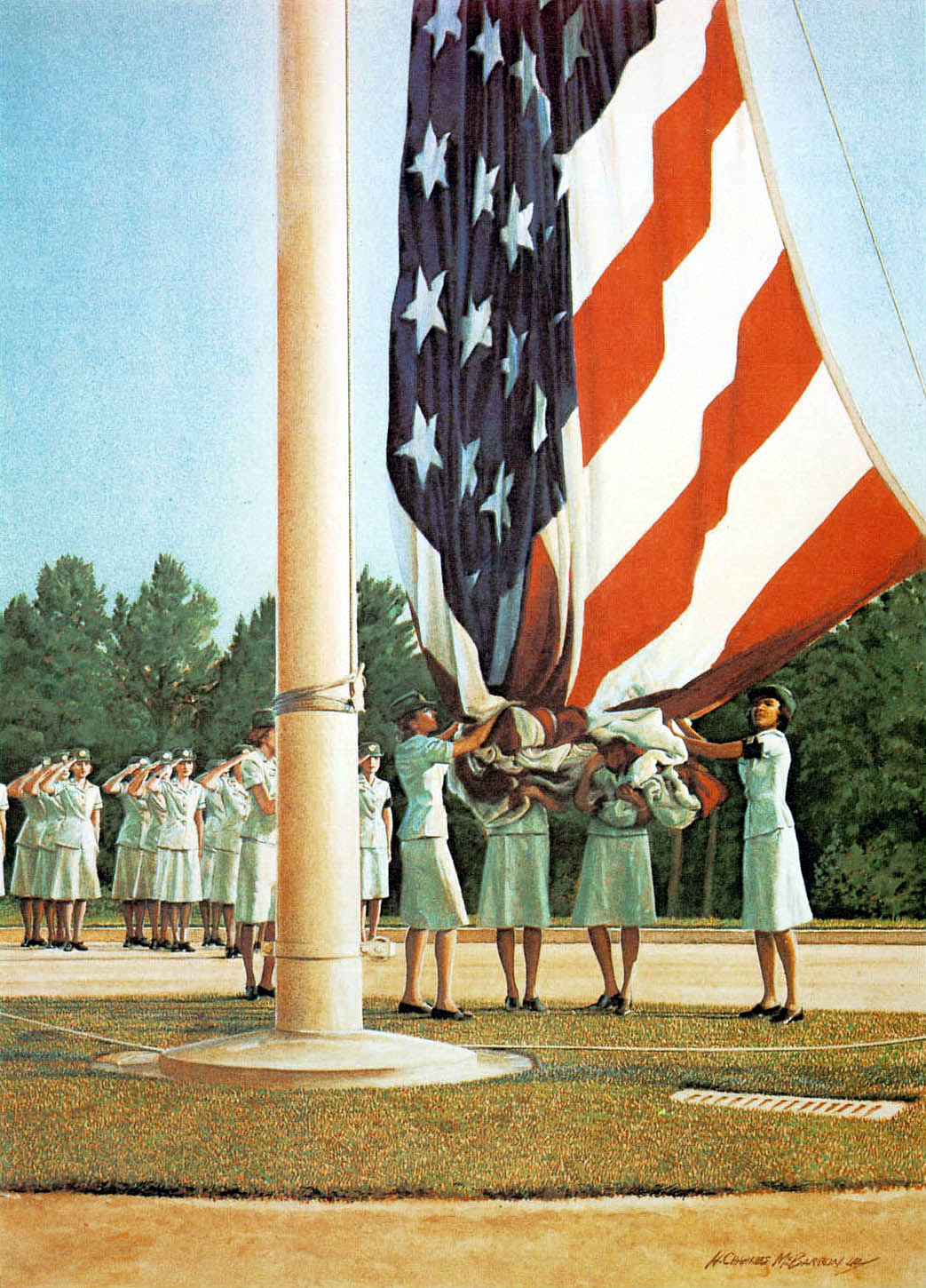 The Women's Army Auxiliary Corps (WAAC), established by Congress on 14 May 1942, was retitled the Women's Army Corps (WAC) and made a component of the Army of the United States one year later. Not until 1948 and passage of the Women's Armed Services Integration Act, however, were women included in the Regular Army and the Reserve; and still later-1967-they finally received equal promotion and retirement status with men.

A noncombat branch of the Army, the WAC needed a place to train both enlisted and commissioned women. On 14 June 1948 Camp Lee, Virginia, became the official site of the WAC Training Center; on 25 September 1952, the WAC School was also established at (then) Fort Lee. Two years later (July 1954), Fort McClellan, Alabama, became the new home of the Women's Army Corps Center and the Women's Army Corps School. Built specifically for women, the center and school could accommodate 2,400 women from basic training through officers' advanced course. The center also had an all-female military band, the 14th U.S. Army Band, whose history dates back to 21 January 1944. Every woman entering the WAC passed through the gates of Fort McClellan until October 1973 when expansion under the all-volunteer concept required activation of two more women's basic training battalions at Fort Jackson, South Carolina. As costs rose and the need to economize brought gradual consolidation of training and appointment of WAC officers in the other noncombatant branches of the Army, the WAC School was discontinued. WAC basic training battalions became part of formerly all-male training brigades, and separate training brigades for WAC's faded away in 1977.

Atop one of the hills at Fort McClellan, so familiar to the WAC's who trained there between 1954 and today, stands a large flagpole that overlooks the brigade parade ground and training area where women recruits still March, live, and train in separate companies. If one were to ask a woman who trained here to name one of her most vivid memories she would probably say, "the retreat ceremony." To the basic trainees, it was a special honor to be chosen a member of the detail that raised and lowered the flag on the hill. Everyone sensed their pride, for their steps were never firmer nor their backs straighter than when they marched to and from the flagpole with their platoon sergeant.

The trainees shown here, dressed in the green-cord summer uniform and dress hat, carefully gather in the huge 20 by 38 foot garrison flag, used on national holidays and special occasions, as it is lowered at a retreat ceremony to the boom of the cannon at post headquarters and the strains of the national anthem played by the 14th U.S. Army Band nearby. The faces of the young women with the flag show their special concern lest a single thread touch the ground. High winds and rain sometimes made it a major task for a platoon to maintain its grasp on the outsized banner. The women in formation in the background, soon to be needed to extend and then fold the flag, salute with pride but are alert to assist if necessary.

For members of the Women's Army Corps, wherever and whenever they serve, a flag ceremony, especially a WAC retreat ceremony, is a special moment that never fails to bring forth some unashamed tears as emotions are stirred by the slowly lowered flag and the music of their special band.