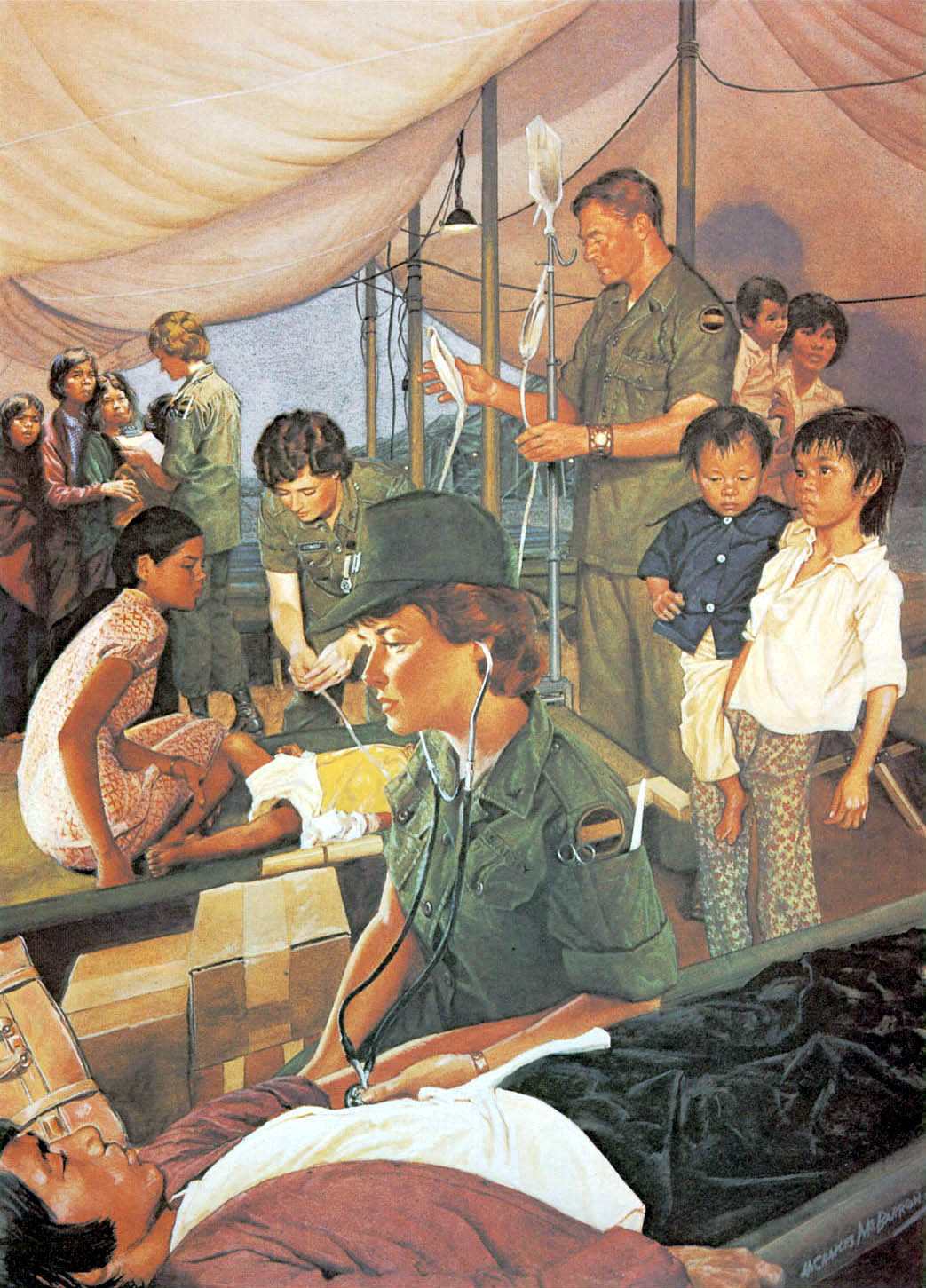 Army Nurse Corps members in clinical specialties from psychiatric and mental health to pediatrics and medical-surgical provide in-patient care at medical treatment facilities worldwide. Advanced training in many special aspects of nursing is available at larger US Army medical facilities. This training is vital in maintaining readiness to fulfill requirements placed on the Army Nurse Corps in peace and war.

Operation New Life occurred during the spring and summer of 1975. With the collapse of South Vietnam, more than 130,000 Southeast Asian refugees were evacuated to the United States. Over 90,000 received some type of medical care provided by Army nurses who helped staff facilities at stations of the trip.

In the foreground, as concerned relatives look on, an Army nurse checks an injured Vietnamese. The scene is typical of many long evenings in tents set up as emergency medical stations on Guam, the first stop for the refugees. The nurses are dressed in two-piece tropical combat uniforms of olive-green, rip-stop cotton poplin. The male medical orderly setting up the plasma bottle also wears a two-piece olive green uniform of cotton poplin.