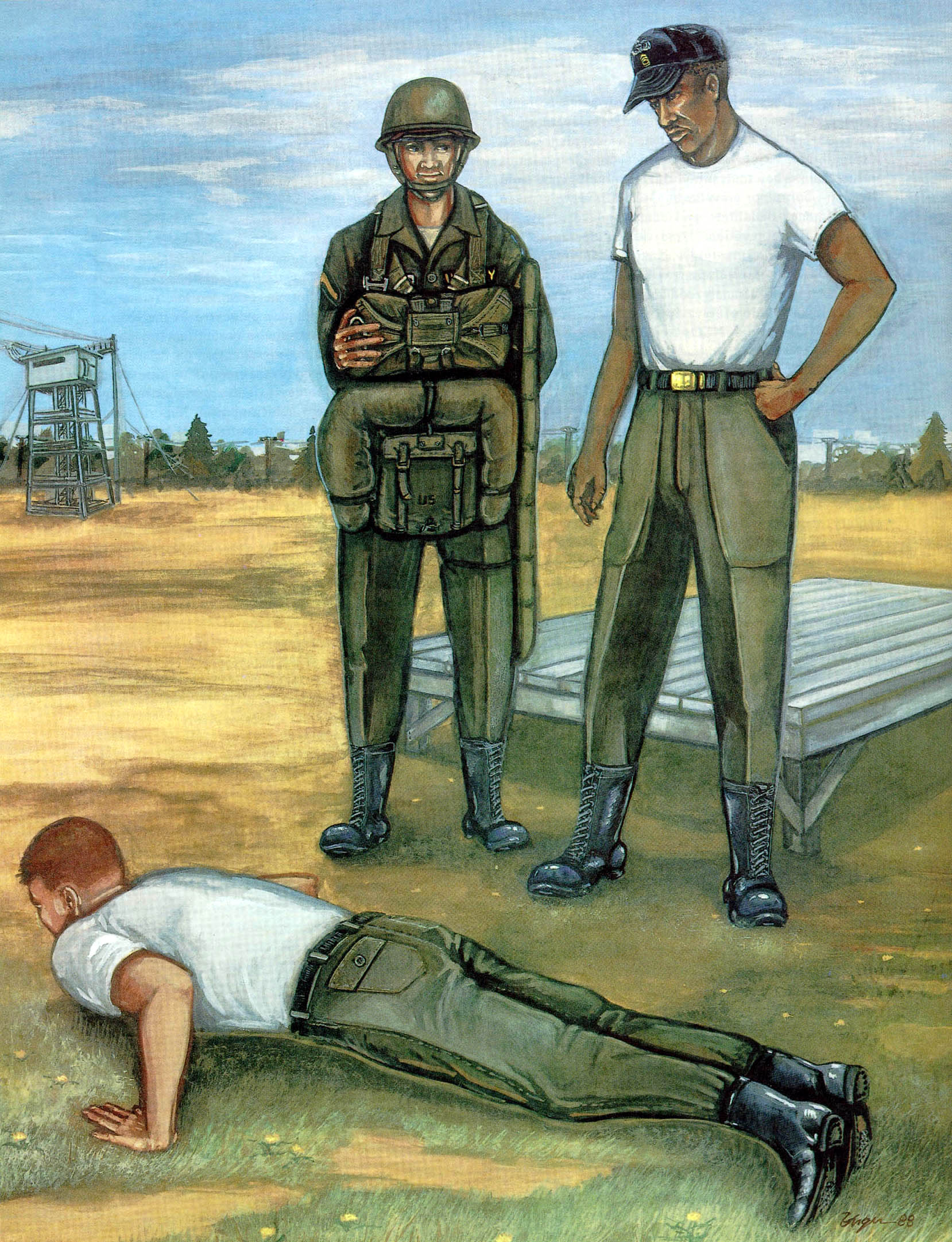 NCOs have always been responsible for the physical fitness of the soldiers under them. Despite the increasing emphasis on technology and sophisticated weaponry in the post-Korean War period, the Army con-tinued to believe that every soldier was at heart a combat infantryman who needed to be at his or her physical best. Here at the Airborne School at Fort Benning, where every instructor is an NCO, a "black hat" ser-geant, first class, directs physical training. A young lieutenant, seeking his jump wings, does push-ups to "pay" for a training infraction.

The instructor in this picture wears the fatigue uniform without shirt for "PT" (physical training). Fatigue clothing, now accepted as field dress, underwent yet another change when the Army returned to a garri-son environment and sought to standardize its uniforms with other ser-vices. Now termed "utilities," fatigues became dressier. Bellows pockets gave way to a simpler cut; plastic buttons replaced metal ones; and a smoother olive green sateen fabric became standard. In 1954 "US Army" appeared as a tape above the left breast pocket, while chevrons, as shown on the private, first class, demonstrator, began to switch to the modern pattern of goldenlite on Army Green, with the new system of eagle insignia for specialists. Local options began to proliferate. The use of a tape over the right pocket bearing the soldier's last name soon became mandatory, but the instructor's baseball cap bearing bright miniature rank insignia and qualification badge never attained official status. Parachute jump boots, originally adopted as a practical ankle support, became a symbol for airborne troops. Even after the boots were authorized for all personnel in 1952, paratroopers took pride in distinctively blousing their boots.