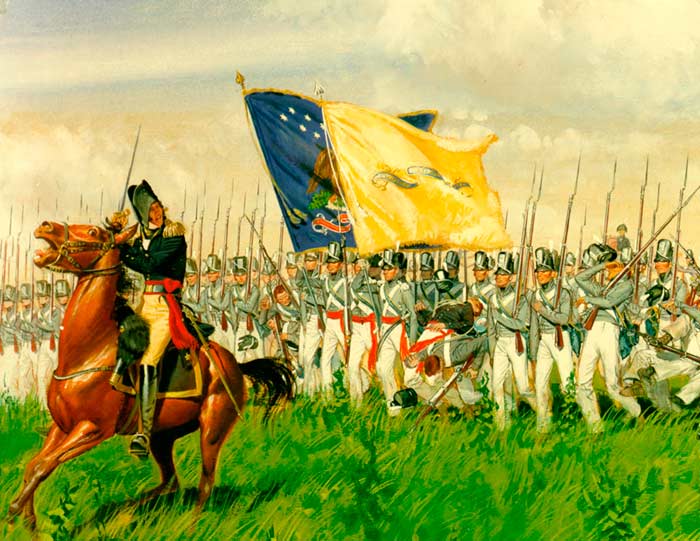 The Battle of Chippewa

Chippewa, Upper Canada, 5 July 1814. The British commander watched the advancing American line contemptuously, for its men wore the rough gray coats issued those untrained levies he had easily whipped before. As the ranks advanced steadily through murderous grapeshot he realized his mistake: "Those are regulars, by God!" It was Winfield Scott's brigade of infantry, drilled through the previous winter into a crack outfit. It drove the British from the battlefield; better still, after two years of seemingly endless failures, it renewed the American soldier's faith in himself.