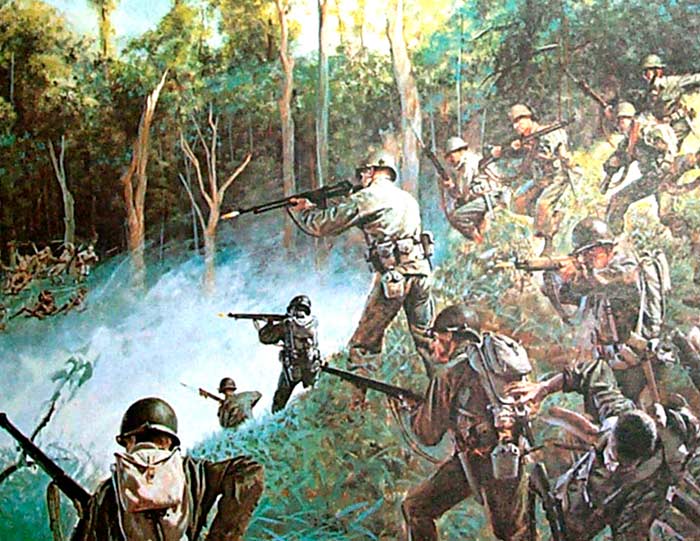 WWII, Bicol Campaign, Luzon, Philippine Islands, 3-4 April 1945. Cries of "Banzai" rang through the jungles - the staccato of enemy machine guns, mortars and rifles broke through the jungle silence. The bayonet charges were suicidal, but the 158th Regimental Combat Team, the "Bushmasters", repulsed the enemy and advanced. It fought day after day, in critical battles, to open the Visayan passages for allied shipping in the Pacific. The merciless campaign lasted 2 months in terrain laced with tank traps, wire, mines and bamboo thickets.

This proud Arizona National Guard unit, organized as the Arizona Volunteer Infantry for the Indian campaigns in 1865, had its motto, "Cuidado" -- Take Care. Mustering in the great southwest desert, the unit was mainly "Mexican-American" and North American Indian from twenty tribes. Expanded in Panama, it was one of World War II's few organizations to complete the trail from "down under" to Japan.