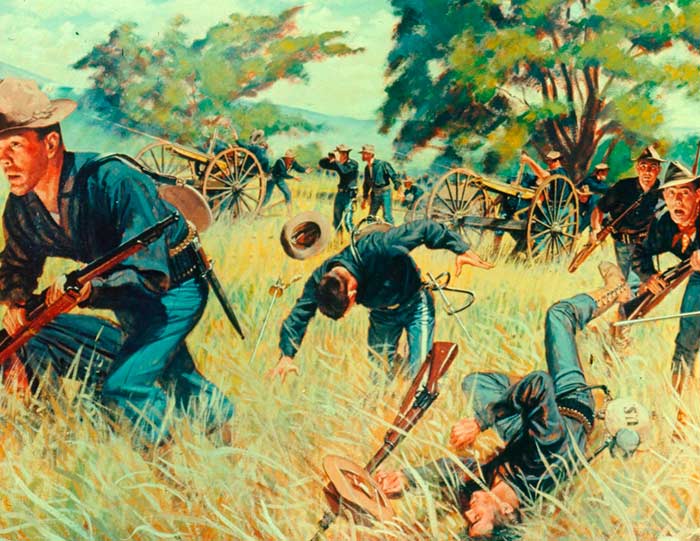 Gatlings to the Assault

San Juan Hill, Santiago de Cuba, 1 July 1898. An important yet little known incident in American arms occurred during the assault on San Juan Hill in the War with Spain. The going was tough up the hill, since the Spaniards were well entrenched. Lieutenant John H. Parker was in command of the Gatling Gun Detachment composed of men from four different infantry regiments. Parker believed that his guns, which normally played only a defensive role in battle, could be of decisive importance in the attack by giving fire superiority to the infantry just when most needed. Receiving permission to advance the guns, Parker brought his detachment abreast of the Infantry, in fact ahead of some elements of it, and opened fire. This, the United States Army's first use of close support machine guns in the attack, was decisive in the capture of San Juan Hill. Lieutenant Parker's initiative developed an important principle of fire and maneuver -- the use of close support machine guns in the attack.