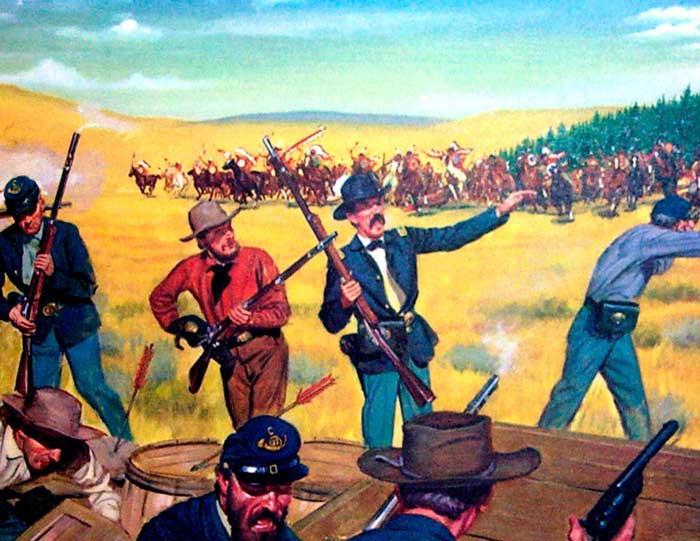 Near Fort Phil Kearney, Wyoming, 2 August 1867. The Wagon Box Fight is one of the great traditions of the Infantry in the West. A small force of 30 men on the 9th Infantry led by Brevet Major James Powell was suddenly attacked in the early morning hours by some 2,000 Sioux Indians. Choosing to stand and fight, these soldiers hastily erected a barricade of wagon boxes, and during the entire morning stood off charge after charge. The Sioux finally withdrew, leaving behind several hundred killed and wounded. The defending force suffered only three casualties. By their coolness, firmness and confidence these infantrymen showed what a few determined men can accomplish with good marksmanship and guts.