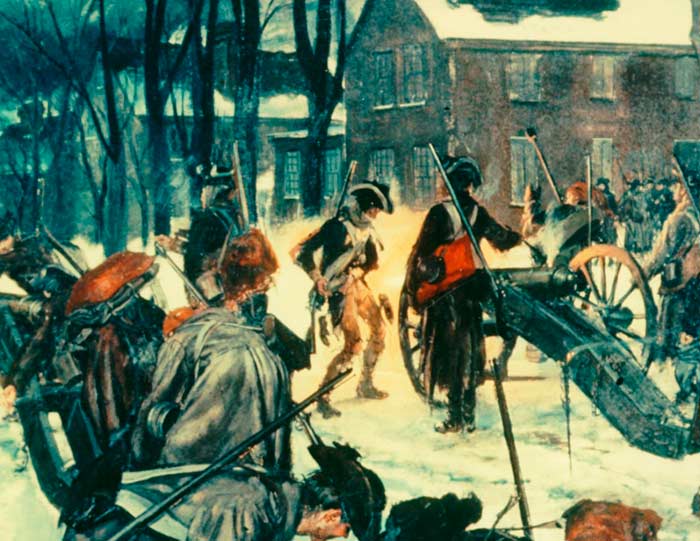 Trenton, New Jersey, 26 December 1776. General Washington here matched surprise and endurance against the superior numbers and training of the British, and the Continental Army won its first victory in long months of painful striving. Trenton eliminated 1,000 Hessians and drove the British from their salient in New Jersey. It saved the flagging American cause and put new heart into Washinton's men. Alexander Hamilton's Company of New York Artillery (now D Battery*, 5th Field Artillery) opened the fight at dawn, blasting the bewildered Hessians as they tried to form ranks in the streets.

*While this may have been true when the caption for this painting was written, a reorganization and redesignation changed the unit's designation to 1st Battalion, 5th Field Artillery, which today carries the history of Alexander Hamilton's artillery company.