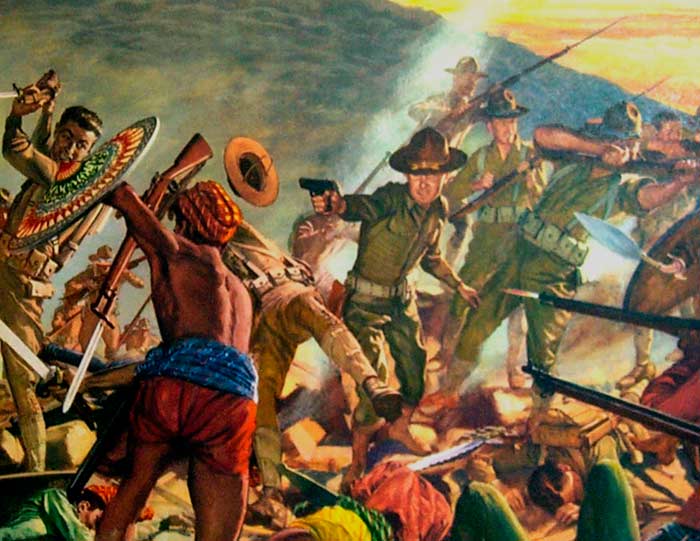 Knocking Out the Moros

The four-day battle of Bagsak Mountain on Jolo Island in the Philippines took place from 11 to 15 June 1913. Americans of the 8th Infantry and the Philippine Scouts, personally lead by Brigadier General John J. Pershing, brought to an end years of bitter struggle against the Moro pirates. These Bolo men, outlaws of great physical endurance and savage fighting ability, were well organized under their Datus or chiefs. They had never been conquered during several centuries of Spanish rule in the Philippines. The U.S. Army .45-caliber pistol was developed to meet the need for a weapon with enough striking power to stop fanatical charges of lawless Moro tribesmen in hand-to-hand fighting.