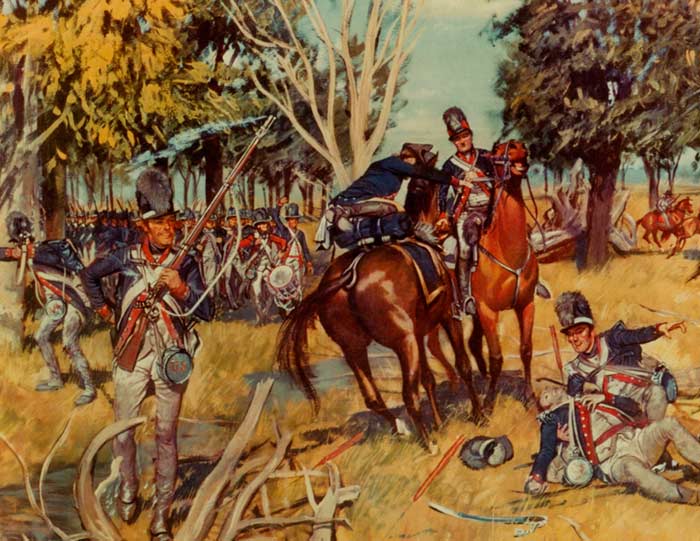 The Road to Fallen Timbers

Banks of the Maumee, Ohio, August 1794. Anthony Wayne commanded the Army, enlarged in 1792 and formed into the Legion (now 1st and 3d Infantry Regiments). He trained it into a tough combat team to beat the Indians of the Northwest who had twice whipped us. The Legion advanced into Indian country, feeling its way cautiously. On 20 August 1794 it tracked down the foe, routed him from behind a vast windfall, and destroyed his warriors. Thus the way cleared for the new nation to expand into the Ohio Valley.