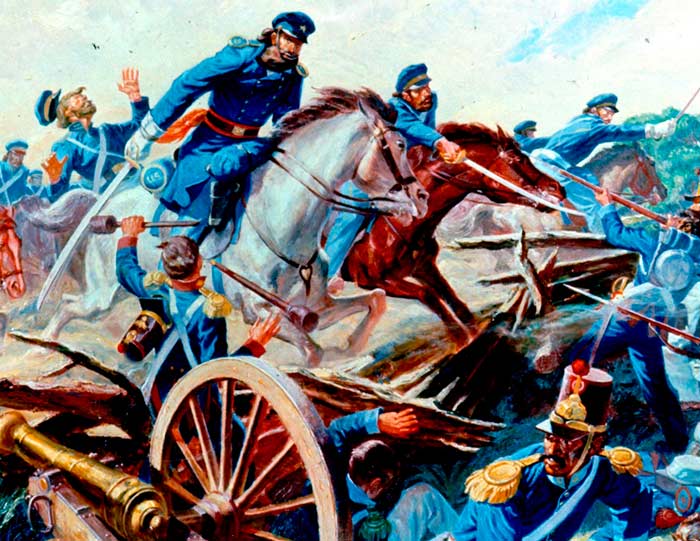 Resaca de la Palma, Texas, 9 May 1846. Here Captain Charles A. May's squadron of the 2d Dragoons (now 2d Armored Cavalry Regiment) slashed through the enemy lines in an attack that climaxed the opening campaigns of the Mexican War. Their bravery proved that the 2,500 American soldiers under Zachary Taylor had enough self-confidence and pluck to shatter the Mexican force of 6,000 and eject it forever from Texas. Thereafter throughout the war our Army never lacked daring. May's attack order was simple and effective: "Remember your regiment and follow your officers."