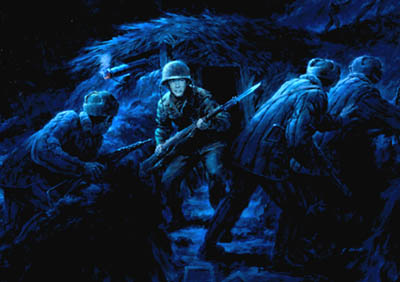 In 1996 Congress directed the Secretary of the Army to conduct a review of all Asian Americans and Pacific Islanders who were awarded the Distinguished Service Cross in World War II "to determine whether any such award should be upgraded to the Medal of Honor." The task of identifying soldiers who qualified for the review and locating the required official documentation was given to the Command History Office at the Defense Language Institute Foreign Language Center, Presidio of Monterey, California. The team completed their research in September 1998 and turned their findings over to the US Army's Military Awards Branch. On 21 June 2000 President William Clinton awarded the Medal of Honor to 22 Asian-Pacific Americans.

Additional Information on those 22 Awards

The citations for the 22 recipients, awarded on 21 June 2000, have been integrated and are listed with the previous Medal of Honor Recipients.

The citations are presented chronologically by war, and then alphabetically within each conflict.