Native Americans in the U.S. Army 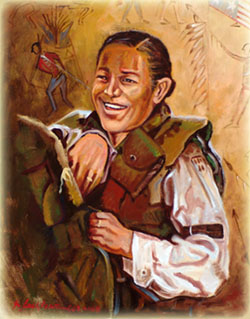 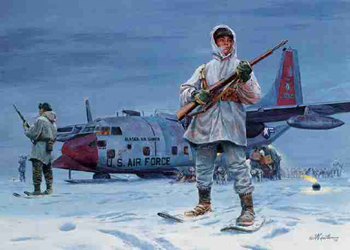 Since the 17th century, the National Guard has provided units for the first-line defense of the nation. The Scout Battalions of the 297th Infantry, Alaska Army National Guard, composed mostly of Eskimos, continue this historic mission. Supported by the 176th Tactical Airlift Group, Alaska Air National Guard, the Scout Battalions patrol the vast Alaskan tundra. The battalions were organized during World War II and given the mission of providing early warning in case of an enemy landing. Just as they have done since 1942, the Scouts operate from small villages in Northern and Western Alaska, constantly observing the Bering Sea coastline and often providing significant intelligence information. Like their colonial predecessors, the Scouts of the 297th Infantry and the airmen of the 176th Tactical Airlift Group continue to defend their community, state, and nation.