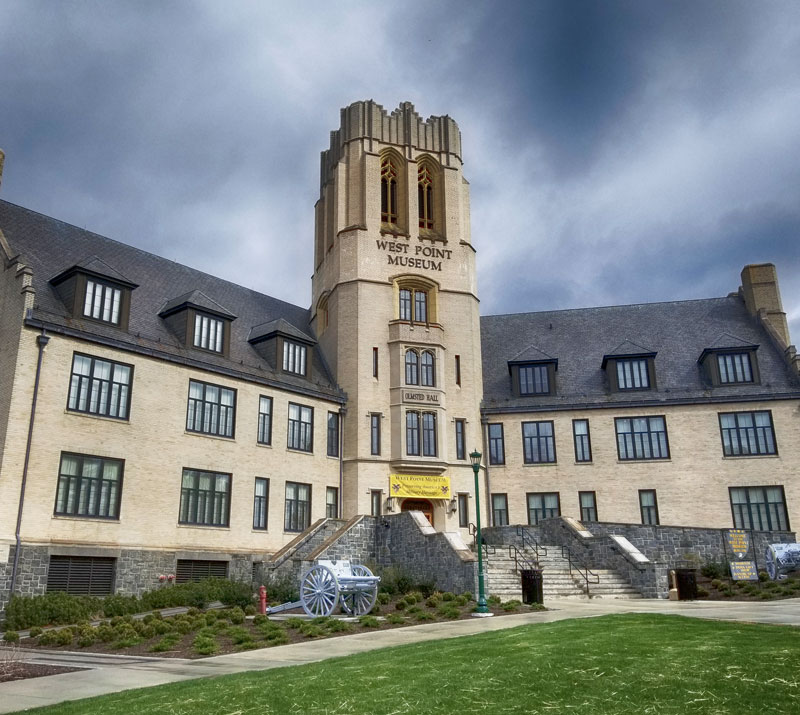 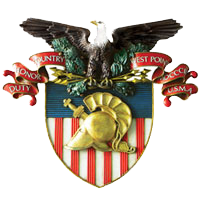 In addition to the Main Museum building in Olmsted Hall, the Museum also administers Fort Putnam which it operates seasonally. The Museum also maintains part it collection on display on Post with the Cannon collection on Trophy Point, The Superintendant Portrait in the Cadet mess and Artwork in many of the academic and administrative buildings.

West Point Museum is our oldest federal museum. Its origins can be traced to the American Revolution. Captured artillery pieces, small arms and accouterments brought to West Point became training aids for the fledging Corps of Cadets and the Revolutionary War artillery park at Fort Clinton was a tourist attraction despite the relative isolation of the area in the late 18th century.

During the first half of the 19th century the Military Academy acquired additional military memorabilia along with mineralogical and natural specimens, military models, sculpture and other works of art, all intended for the education and inspiration of the Corps of Cadets. In a short time these various collections were of such interest that the galleries originally intended only for Cadets into a public museum as visitation to the Hudson Highlands increased with improved transportation.

Thus in 1854, while Robert E. Lee was Superintendent of the United States Military Academy, the United States Government’s first museum was opened to the public. At first it was mainly a museum of weaponry with a scattering of natural, artistic and military curiosities, but by the twentieth century the West Point Museum became one of the leading American public museums with a collection of historic military artifacts unequalled for its breadth and diversity.

In its more than 150 years as public museum the West Point Museum has been housed in several locations. For most of the 19th century it was in the Academy (classroom) Building next to the Cadet barracks. When a new Academy Building was needed and the old one torn down in the 1890s the museum was replaced in the new structure. A major rebuilding project at the turn of the century saw the museum moved to Taylor Hall (then the Headquarters Building) in 1909. The museum remained there until 1958, when it was moved to Thayer Hall, a new classroom facility. Finally, in 1988, the museum was moved to its current location in Olmsted Hall at Pershing Center. Through most of its existence the museum was known as the Ordnance Museum at West Point, but was renamed the West Point Museum in 1948 in recognition of the diversity of its collections.

Visitors today can view the actual weapons, uniforms and memorabilia of American soldiers from the 17th century to the present as well as military artifacts from around the world. The diverse weapons collections dates to ancient days and includes historic pieces belonging to such figures as George Washington, Napoleon I, John Pershing, Dwight Eisenhower, George Patton and Adolph Hitler. The outstanding art collection includes works by noted artists including James Whistler, Robert Weir, Edouard Detaille and Fredrick Remington. In short, a visit to the West Point Museum is truly a journey through history itself.

Here the visitor can see the armor of colonial militiamen, the muddy jungle fatigues of the Vietnam "grunt," the British drum surrendered at Saratoga, General George Washington's pistols, field glasses used by General G.K. Warren at Gettysburg and the last message sent by Lieutenant Colonel George A. Custer at the Battle of Little Big Horn.

History of the U.S. Army

Displays on the opening of the Frontier, the Buffalo Soldiers, the construction of the Panama Canal, the secret "Manhattan Project" that built the atom bomb, U.S. Army aviation from balloons to space exploration and the Gulf War, Desert Shield/Desert Storm, of 1991.

The history of military warfare is part of each Cadet's required curriculum. This gallery is closely coordinated with the academic courses on military history and traces warfare from the ancient world to the present.