At DINFOS, SFC Golden supervised nineteen joint service instructors and performed the duties of BGR branch supervisor and course coordinator concurrently for two years, and the duties of course coordinator and team leader, functional area one, illustration and design, concurrently for one year. He also ensured that academic and administrative problems were resolved for more than 400 joint service students and established an academic top ten to recognize superior students. During his last year at DINFOS, he was tasked to rewrite, reference, and validate content for the illustration and design block of instruction, totaling one third of the entire course. 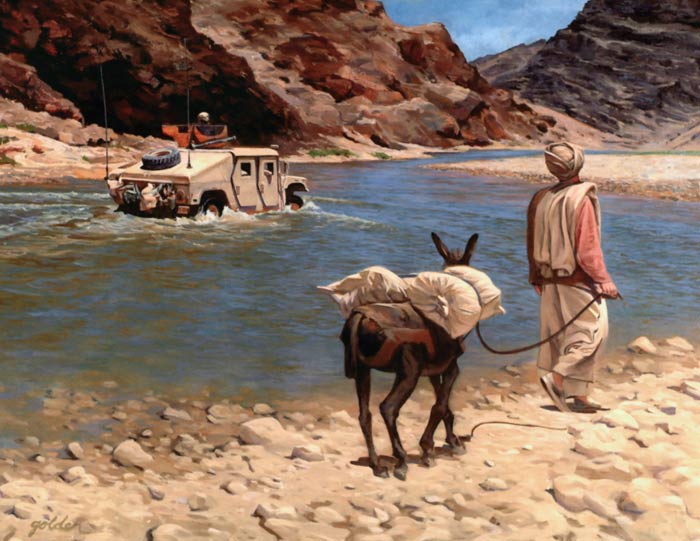 SFC Golden produced fourteen works of art as a member of the Soldier-Artist Team 25 in 1990 that documented ROTC training at Fort Lewis, Washington. He designed the May 1992 cover of Soldiers magazine featuring women in the Army during World War II, the 1991-1994 Army Aviation Association Commander's Conference posters, and the Armed Forces Day posters for 2001 and 2002. His works of art are featured in the Center of Military History books, Portrait of an Army and Soldiers Serving the Nation. The Army Historical Foundation also featured his work in the book The Army, published in 2001. SFC Golden has been the subject of articles and interviews for ArtForum and Der Spiegel magazines, German public television and public radio, and the Hartford Courant newspaper.

He won first place in 2000 in the fine art category of the first Military Graphic Artist of the Year (MILGRAPH) competition, and again in 2002.

The following pieces of artwork are representative of his work. 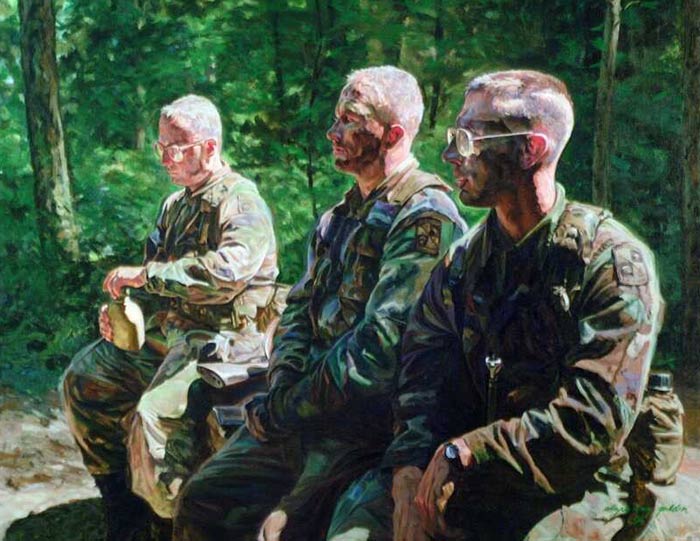 "The After Action Review" 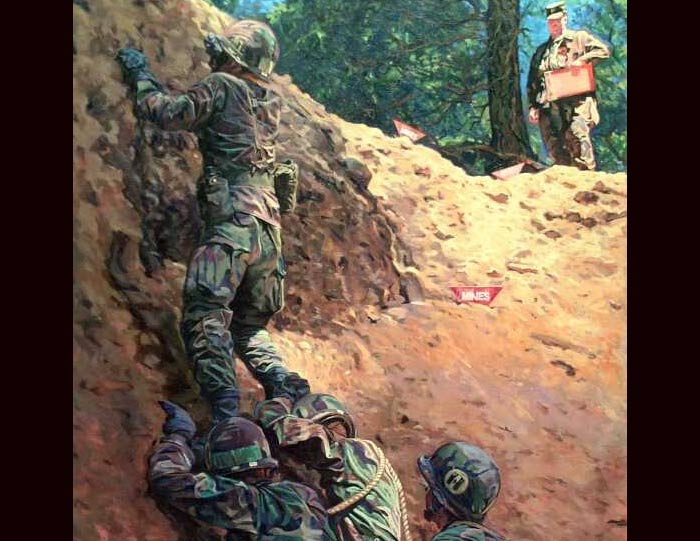 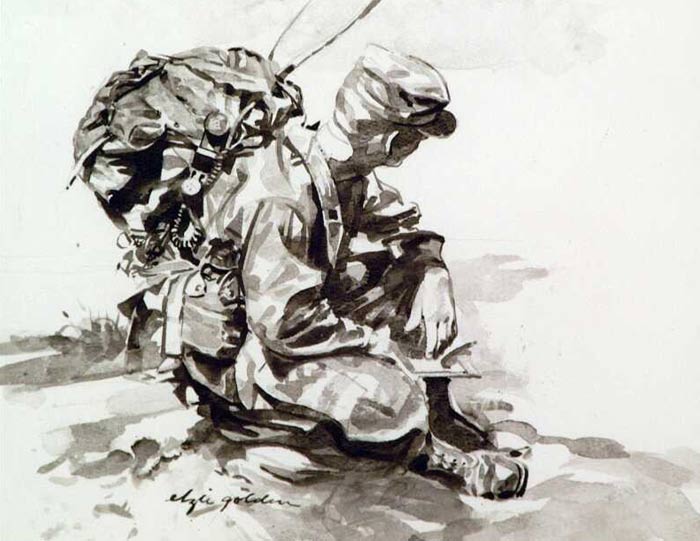 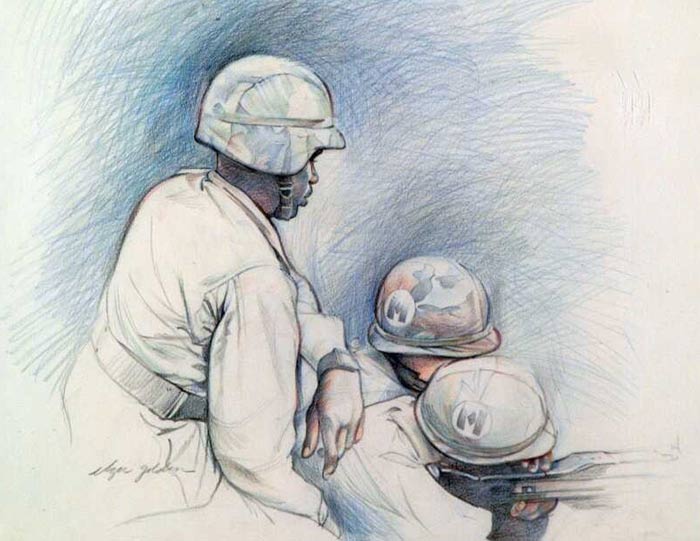 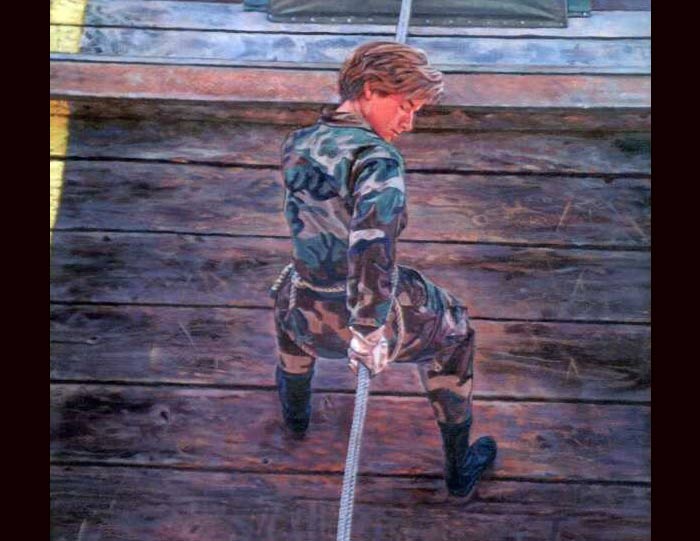 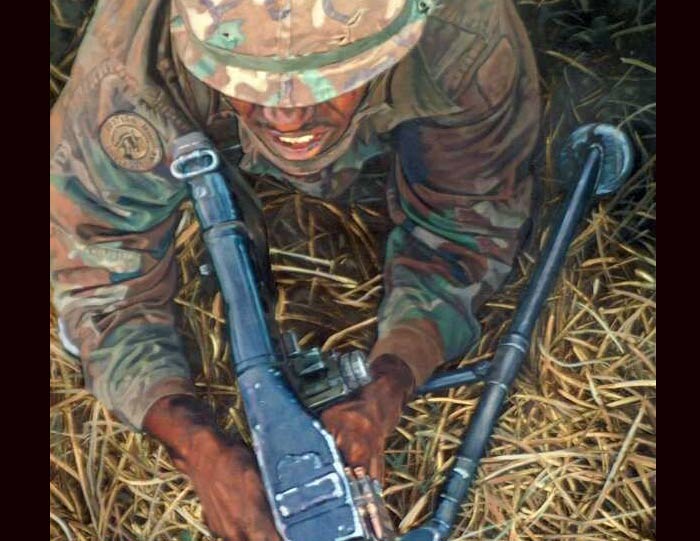 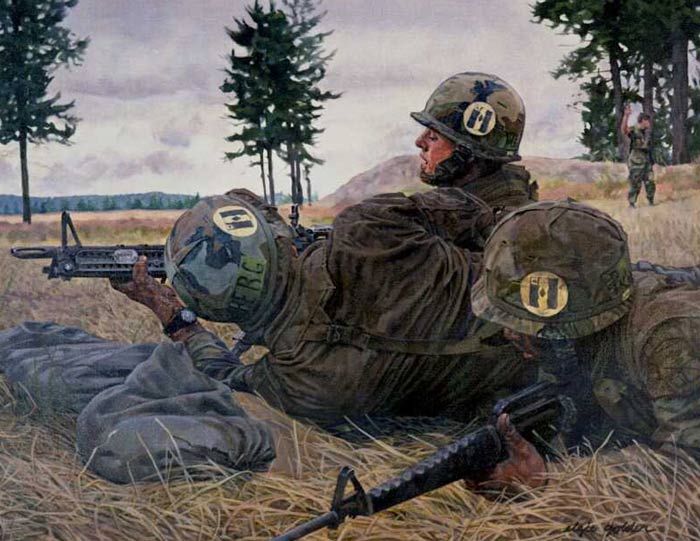 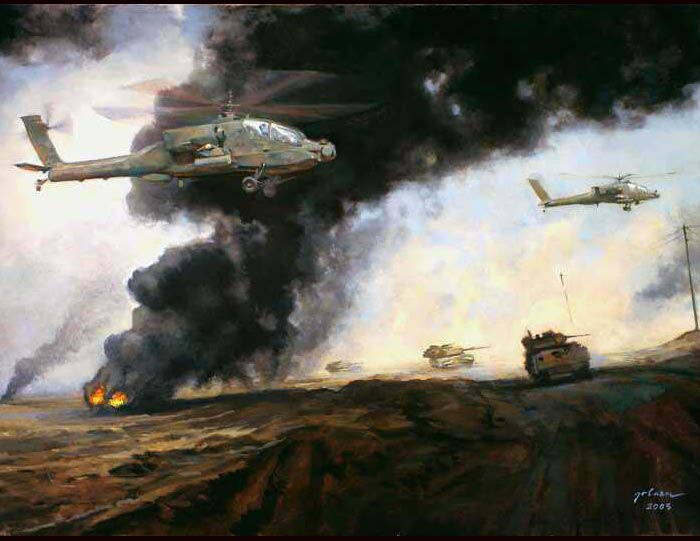 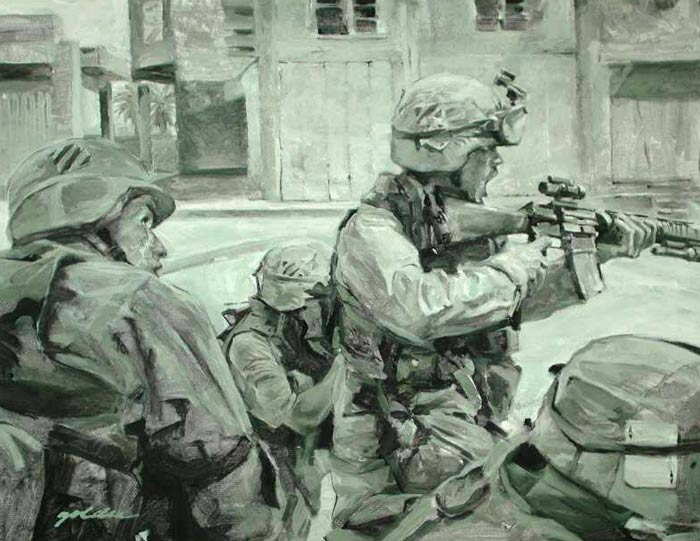 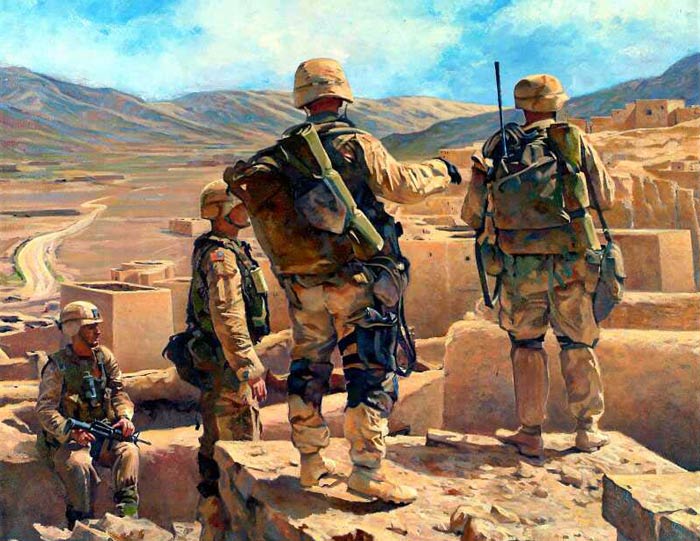 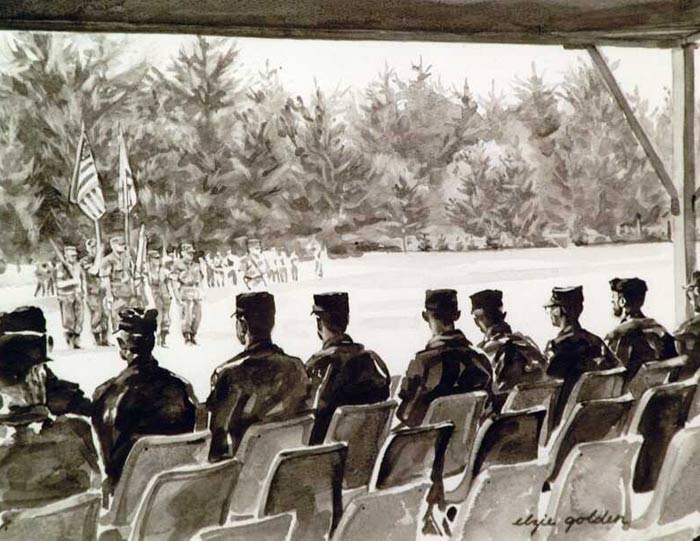 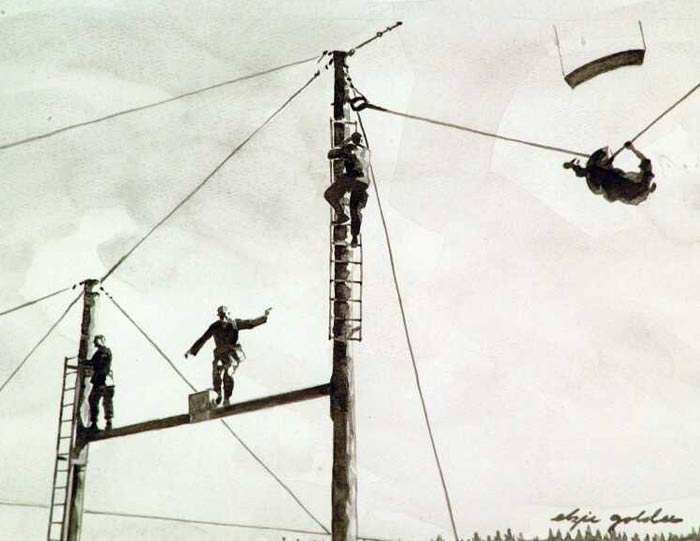